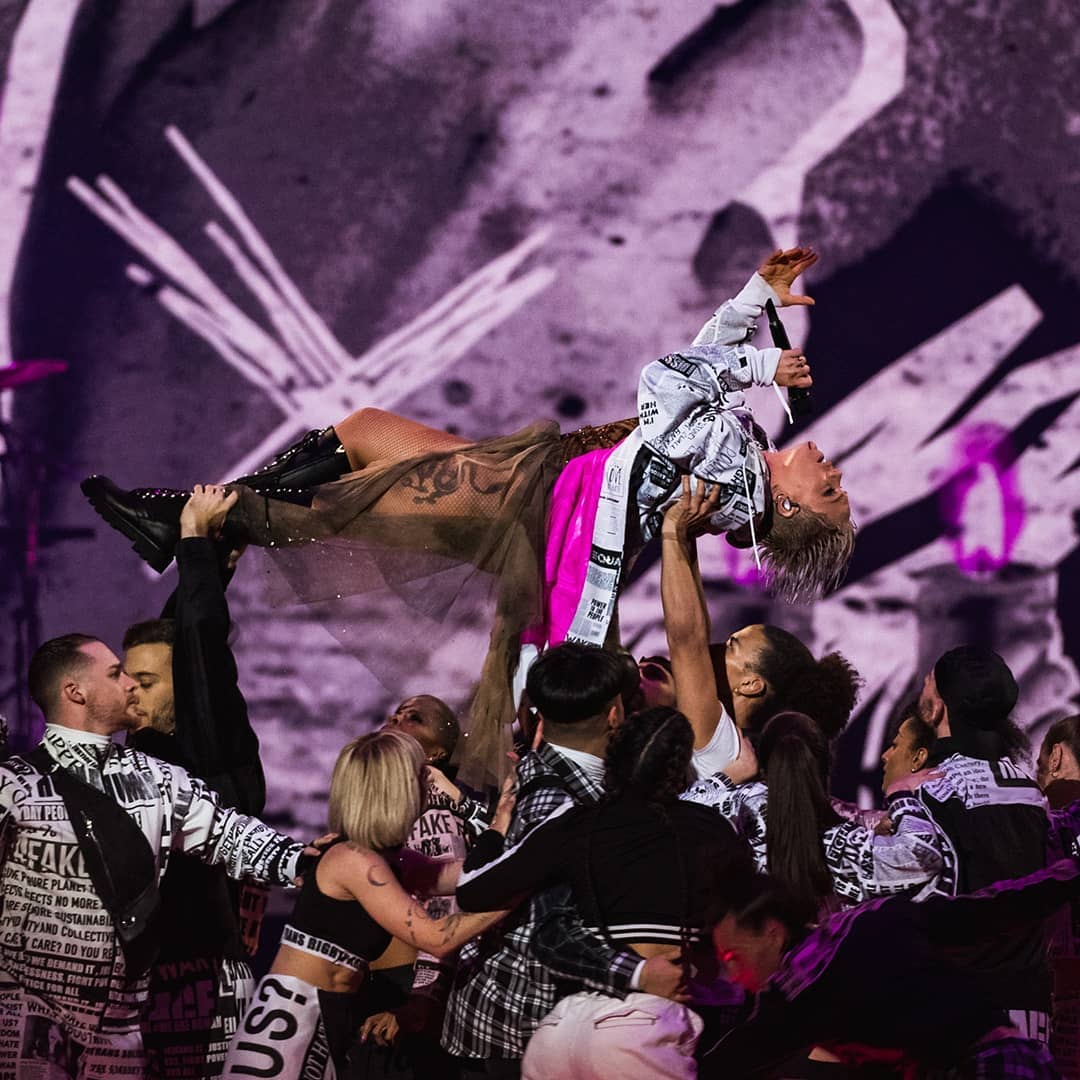 BRIT Awards 2019 All the Nominees: Playlist

https://www.youtube.com/watch?v=ojpTpT5i-PI Lyrics: (Electric) In the dark when you feel lost Wanna be the best but at what cost If you're gonna stay here Nothing's ever changing, no Big world gotta see...
Read more
English Music

https://www.youtube.com/watch?v=FLGCGc7sAUw Lyrics: This ain’t Build a B*tch You don’t get to pick and choose Different ass and bigger boobs If my eyes are brown or blue This ain’t Build a...
Read more
Concert & Live

Multi-award winning actor and performer Hugh Jackman kicked off proceedings with a dazzling rendition of ‘The Greatest Show’ from the global music sensation The Greatest Showman, resplendent with over 100 circus-themed dancers. Calvin Harris made his BRITs debut with a collaboration with Dua Lipa, Sam Smith and Rag’n’Bone Man, and the show also hosted performances from George Ezra, Jorja Smith, Jess Glynne with H.E.R., Little Mix with Ms Banks and The 1975. P!nk closed the show with an incredible four song medley following the presentation of her Outstanding Contribution to Music award.

Winning British Group for the second time, The 1975 also added the much coveted Mastercard British Album of the Year award to their BRIT tally, for their third No. 1 album A Brief Inquiry into Online Relationships.

A true ‘Giant’ of British music, Calvin Harris bagged his first ever BRIT awards, having been nominated 16 times in the last ten years. Winning British Single, along with Dua Lipa, for their No.1 smash hit ‘One Kiss’, the multi-million selling DJ was also honoured with Best British Producer, in acknowledgment of his immense chart topping success over the past twelve months, collaborating with some of the biggest artists in the world and responsible for some of the biggest hits of the last decade.

The BRITs Global Success award, identified by global sales success of a British artist, was awarded to Ed Sheeran for a second year, continuing to celebrate the phenomenal success of his third album Divide - certified sales alone account for 10.5 million, and overall Ed has sold an estimated 150 million records to date.

British Artist Video of the Year was once again determined by public social vote and this year the winner was Little Mix for ‘Woman Like Me’, which the girls performed earlier in the show.

You also can visit The BRIT Awards 2019 Playlist on YouTube Music here.


The Best Red Carpet Looks From The BRIT Awards 2021